Habitat for Humanity of Greater Cincinnati earned two LEED Gold certifications for homes to be built in Evanston. 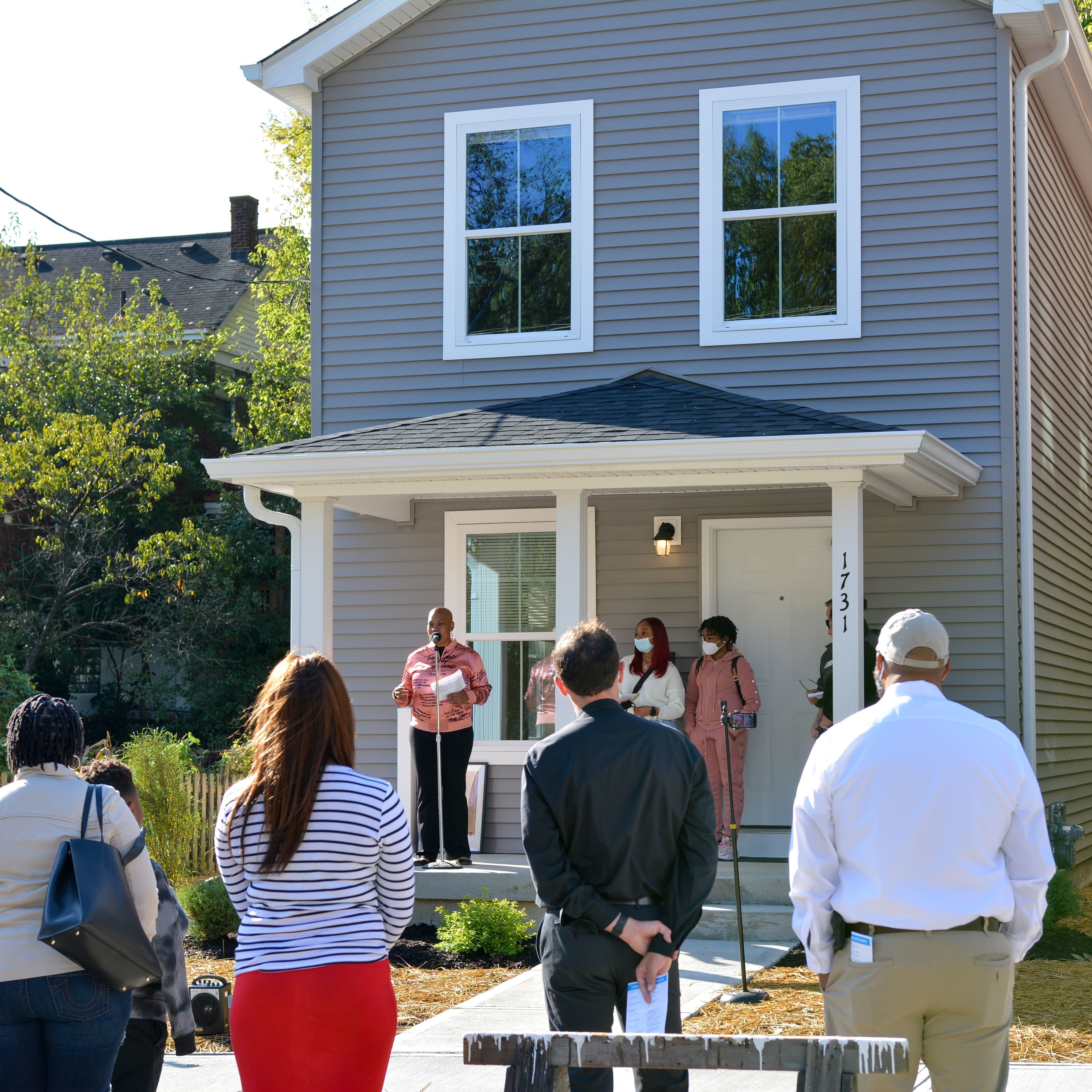 Habitat for Humanity of Greater Cincinnati (HFHGC) recently achieved LEED Gold certification for two homes built in the Evanston neighborhood of Cincinnati. This is the seventh LEED certificate HFHGC has earned for new homes built in partnership with first-time homebuyers. Habitat for Humanity of Greater Cincinnati is committed to building 9 affordable homes in Evanston over the next few years- all with the goal of LEED certification.

LEED, or Leadership in Energy & Environmental Design, is a globally recognized symbol of excellence in green building issued by the U.S. Green Building Council. LEED projects earn points by adhering to prerequisites and credits across nine measurements for building excellence from integrative design to human health to material use. Gold is the second highest rating, earning 60-79 points.

“This commitment changes very little about the way we build,” says Adam Nelson, Property Acquisition and Design Manger at Habitat Greater Cincinnati. “Every Habitat home in Greater Cincinnati is built to LEED standards. Our homes are designed to be modestly sized and well insulated resulting in less energy usage for the homeowner. By building smaller homes, we reduce carbon emissions in the sourcing and building process as well. We primarily build homes on lots with existing infrastructure. Reusing existing materials is an important part of green design.”

While all Habitat homes are built according to LEED standards, not every home goes through the certification process, which according to the Green Home Institute, can cost on average an additional $3,000. However, for LEED-certified homes in Cincinnati, the 10-year property tax-abatement incentive from the City is worth the investment for Habitat Greater Cincinnati. This benefit ensures that Habitat homes will remain affordable for low-income homeowners in neighborhoods facing gentrification such as Evanston. Tyleah Pleasant, Evanston Habitat homeowner, says, “having a 10-year tax abatement is a blessing. Something I’m forever grateful for.”

Sustainable building practices are a top priority for Habitat for Humanity. In addition to healthier environments and lower carbon emissions, sustainable homes reduce monthly energy costs for residents. In its 2016 report, the American Council for an Energy-Efficient Economy (ACEEE) identified the Cincinnati metropolitan region as having the ninth worst energy affordability of 48 major metro regions in the country. Much of this burden falls on low-income households which are more likely to live in older homes and apartment buildings that are extremely inefficient. “Our new home stays a whole lot warmer than where we were before. Our bills already seem cheaper. It helps that we don’t have to have a space heater constantly running to keep it bearable like before,” says new Habitat homeowner Kristina Brungard.