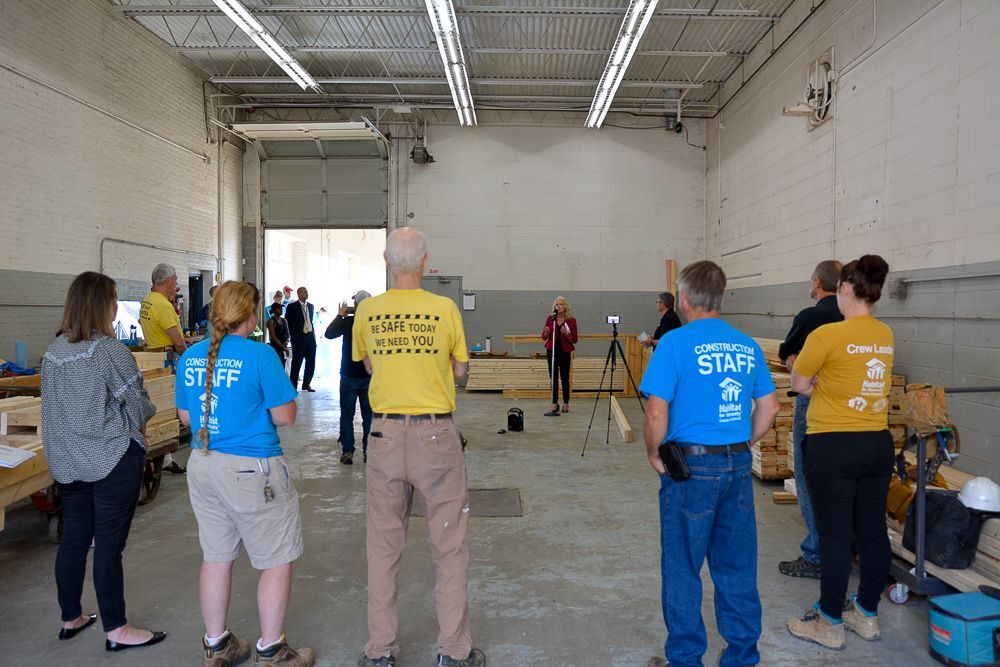 Ohio National Financial Services, Inc. and longtime community partner Habitat for Humanity of Greater Cincinnati will host a pre-framing ceremony at 9:00 a.m. on Friday, June 10 at the Habitat Training Annex in Norwood. Following the ceremony, volunteers from Ohio National will begin constructing the walls of a new home to be built this summer at 434 Dexter Ave. in Cincinnati.

Ohio National recently pledged $500,000 over the next four years to fund the construction of four new Habitat homes, including the Dexter property. Since 2009, Ohio National has donated more than $2.3 million to Habitat for Humanity of Greater Cincinnati, resulting in the completion of 26 homes to date.

To qualify for a Habitat home, families must contribute a minimum of 250 hours of sweat equity and take classes on homeownership and personal finance. Families purchase their homes from Habitat with a 30-year, interest-free mortgage.

“There are so many hard-working families in our community who are ready to own their own home,” said Barbara Turner, President and CEO of Ohio National. “That’s why we’ve continued our long-standing partnership with Habitat and have committed to fund a new home every year through 2025.”

“The people of Ohio National recognize how important affordable homeownership is to the future of our community,” said Ed Lee, President and CEO of Habitat for Humanity of Greater Cincinnati. “We’re proud to have them as our longest-running major corporate partner.”

Since its inception in 1987, The Ohio National Foundation has donated more than $29 million to charitable causes, including $1.6 million in 2021