Announcing the next President and CEO 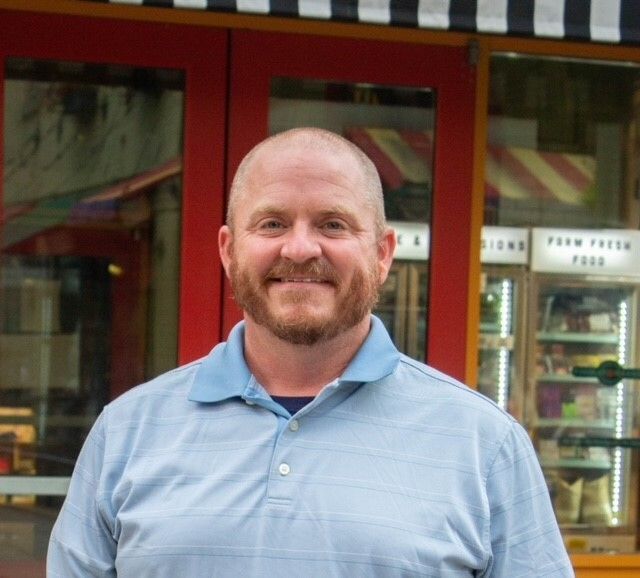 Habitat for Humanity of Greater Cincinnati (HFHGC) is pleased to announce Joe Hansbauer as the next President and CEO advancing the organization’s efforts to create and preserve affordable homeownership opportunities in Greater Cincinnati.

Hansbauer brings more than 14 years of experience as an executive nonprofit leader, most recently as President and CEO of Findlay Market. During his nearly ten years at Findlay, Hansbauer demonstrated incredible visionary leadership boldly growing the market to include new programs, partnerships, and revenue streams—tripling the operating budget.

“After considering a strong pool of qualified candidates, our diverse hiring committee unanimously agreed that Joe was the clear choice. With his demonstrated visionary leadership, connection to the Habitat mission, and commitment to the local community, Habitat Greater Cincinnati is well positioned to achieve its strategic goals and excel in the future,” says Amanda Hill, HFHGC Board Chair.

Hansbauer began his career at Accenture as a consultant specializing in change and systems management. As a young professional, he helped to organize a Give Back Cincinnati trip to Habitat for Humanity of New Orleans in response to Hurricane Katrina. Hansbauer described the trip as a pivotal moment when he realized the opportunity for a “profession with meaning”. This experience was the impetus for Hansbauer to leave Accenture and jumpstart a career in the social sector with the founding of UGIVE.ORG, an online platform with a mission to catalyze, excite, and empower the next generation of volunteers.

"I am thrilled that my path is coming full circle through this opportunity to once again further the Habitat mission of a world where everyone has a decent and affordable place to live.”

“I'm very excited to step into the role of President and CEO of Habitat for Humanity Greater Cincinnati. Through Ed's leadership, the organization is one of the healthiest and most respected Habitat affiliates in the country. I look forward to engaging in Habitat Cincinnati's vision to serve a family a day by 2027 and leveraging the MacKenzie Scott gift to accelerate affordable homeownership in the region,” says Hansbauer.

Joe Hansbauer will succeed Ed Lee, who led the organization for over 12 years during which HFHGC has grown in its service to local families, building an organizational infrastructure that is more innovative and sustainable. Lee will continue his legacy as a champion for affordable homeownership in a new role as Vice President of Resource Development Transformation at Habitat for Humanity International.

“It has been an honor and a privilege to partner with the Greater Cincinnati community to create and preserve affordable home ownership across the region. I look forward to Habitat Greater Cincinnati continuing the push towards a world where everyone has a decent place to live,” says Lee.